Get to Know Our TWIT.tv Hosts 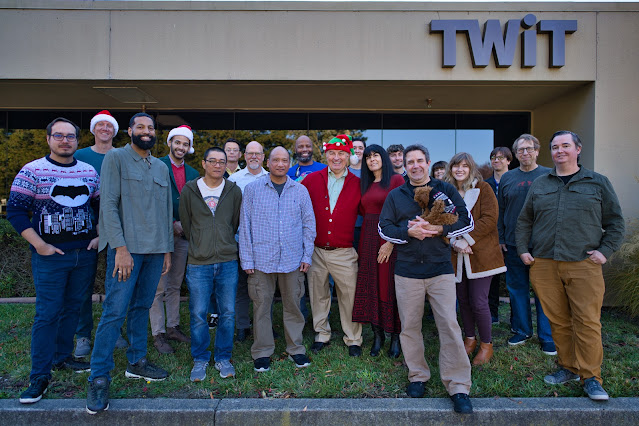 TWiT.tv is stacked with tech professionals from all varieties of life, offering our audience the most diverse and comprehensive overview of tech news. Our lead hosts, Leo Laporte, Jason Howell, Mikah Sargent, and Ant Pruitt, deliver an incomparable listening experience. In case you aren't already familiar, here's an introduction to how impressive our lead hosts are:

Founder and owner of the TWiT.tv Network is our very own Leo Laporte. From 1985 to 1988, Leo operated one of the first Macintosh-only computer bulletin board systems, MacQueue. In January 1991, he created and co-hosted Dvorak On Computers, the most listened-to high-tech talk radio show in the nation, syndicated on over 60 stations and around the world on the Armed Forces Radio Network. Leo was also a longtime host of Laporte on Computers on KSFO and KGO Radio in San Francisco.

Leo has written four bestselling Technology Almanacs, was a Managing Editor at Ziff-Davis Television, and a Contributing Editor at Access Magazine, and the credentials don't stop there. He created, was a daily contributor to, and ultimately won an Emmy for The Site, an hour-long technology newsmagazine that aired nightly on MSNBC, CNBC International, and NBC Superchannel in Europe and Asia. He also hosted two shows on TechTV (formerly ZDTV), a 24-hour cable channel dedicated to computers and the Internet. Call for Help, and The Screen Savers aired live every weekday from 1998 to 2004. In 2005 he launched TWiT.tv with the first show, This Week in Tech, which he continues to host every Sunday. Leo directs the network, hires staff, originates new shows, and approves all advertising. He hosts other shows on TWiT.tv's network, including MacBreak Weekly, Security Now, This Week in Google, Windows Weekly, and The Tech Guy.

Jason Howell brings fun and creativity to the topic of technology across all of the shows he touches on our network. Jason co-created and hosts All About Android and shares producer and host duties on Tech News Weekly. He has been producing original video content for the web since 2005, starting with his time at CNET, where he produced the popular daily tech news show Buzz Out Loud, among many others. Since joining TWiT in 2010, Jason has continued to elevate his approach to live video production as Technical Director, Producer, and eventually Host of Tech News Weekly, as well as producing This Week in Tech, This Week in Google, and Security Now.

Mikah Sargent's empathetic and gentle explanatory style could win over even the grumpiest tech-fumblers. Before joining us at TWiT.Mikah has been a freelance graphic designer, web developer, and cake decorator. Mikah was a contributor and senior editor at Mobile Nations, and before that, a senior editor at Newsy. In the past, Mikah has hosted news and entertainment videos for various media outlets, including covered news and tech for AOL, Mashable, iMore, and Tom's Guide. Currently, you can find Mikah co-hosting on iOS Today, Tech News Weekly, Hands-On Mac, and The Tech Guy.

Covering Photoshop, Lightroom, Android, Google, and more, Ant Pruitt is a creative force to be reckoned with. A technology-professional-turned-photographer, Ant's expertise lies in photography, videography, and content creation. Ant co-hosts This Week in Google and hosts Hands-On Photography, a fan favorite for game-changing photography tips. Originally from North Carolina, Ant was an enterprise IT professional for over a decade. Ant eventually turned his creativity into a business, providing writing, photography, video, and post-production services. After moving across the country to join us, Ant continues to handle various creative assignments, including portraits, product photography, event photography, social media marketing, and branding content.

Our hosts embody what TWiT.tv is about; enthusiastic, honest delivery and technology news analysis. Email advertise@twit.tv to get a formal introduction and see how our hosts can elevate your brand.
Posted by Life of Lisa at 3:24 PM