Five Tips for Using Google Ads to Promote a Business 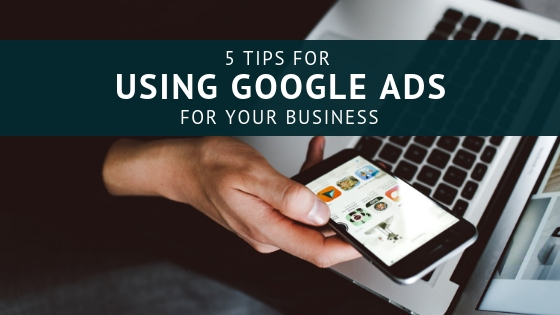 Google Ads, formerly branded as AdWords, is a robust advertising service that entrepreneurs can use to promote their business. It features a web-based interface from which entrepreneurs can create ads for Google’s search results, YouTube, Blogger, and millions of partner websites. And because it’s a pay-per-click (PPC) service, Google Ads only charges entrepreneurs when a qualified user clicks their ad.
Choose relevant, long-tail target keywords
When creating ads for the search network, entrepreneurs must specify the words or phrases that will trigger ad impressions. Known as target keywords, they can make or break a Google Ads campaign. Short, generic target keywords may generate lots of impressions and even clicks, but they’ll quickly consume an entrepreneur’s advertising budget while yielding few conversions in the process. For a higher return on investment (ROI), entrepreneurs should choose long-tail target keywords that are relevant to their ads.
Optimize landing page for keyword relevancy
The landing page associated with an ad should also be highly relevant to the ad’s target keywords. Using the target keyword “baseball bats for sale” with a landing page displaying golf clubs for sale doesn’t make much sense. Instead, entrepreneurs should create several small ad groups, each of which with a relevant landing page that corresponds to the ad group’s target keywords.
Use remarketing to target website visitors
In 2010, Google launched a new advertising feature that specifically targets users who’ve visited an entrepreneur’s website. Known as remarketing, it’s a highly effective way to promote a business since it only reaches users who’ve visited the website. Entrepreneurs can expect fewer clicks with remarketing, but those clicks will likely drive more conversions.
Increase ad visibility and functionality with extensions
Entrepreneurs aren’t required to use extensions with their ads, but doing so is well worth the nominal time and effort it needs. Extensions increase the visibility of ads by adding new information or functionality. The call extension, for instance, allows entrepreneurs to include their business’s phone number in their ads whereas the site links extension displays clickable links to the entrepreneur’s desired web pages.
Experiment with the display network
Some entrepreneurs are reluctant to target the display network, believing that the quality of traffic is lower than that of the search network. While the display network typically yields a lower conversion rate than its search network counterpart, it’s able to reach a broader audience. According to WordStream, the display network reaches more than nine in 10 of all internet users worldwide.
There’s a reason over 1 million entrepreneurs use Google Ads to promote their business: It’s a cost-effective service that gives entrepreneurs full control over their ads. To succeed, however, entrepreneurs should follow these five tips when creating campaigns.
Posted by Life of Lisa at 1:27 PM