How Marketing Has Evolved Through the Ages 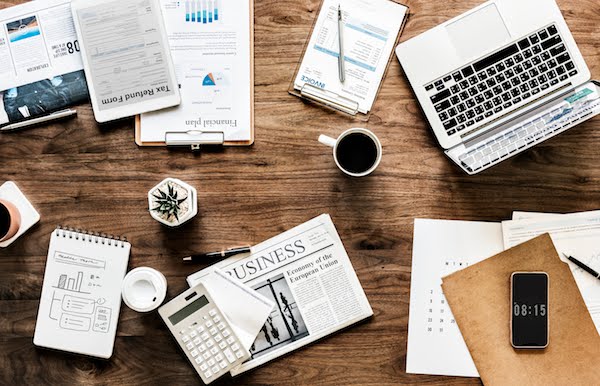 From the beginning of business, marketing has been an invaluable part of a company’s success. As long as people have been selling goods, marketing has been there. You might not think marketing has evolved much over the years, but that couldn’t be further from the truth. In fact, marketing developed through various stages and eventually came to the modern industry we know today. The first five eras of marketing are the traditionally identified ones, but recently two more have been proposed for modern times.
Simple Trade Era
Arguably the longest marketing era, the simple trade era revolved around goods in limited supply and harvesting what you need on your own, or trading something you have to get an item someone else harvested, which meant there was very little marketing. During this time, exploring the world became prevalent in order to find new resources and trade them.
Production Era
Once the Industrial Revolution began, marketing and business began to rapidly change. Products became more readily available and technology drastically advanced. There wasn’t much competition amongst businesses, so marketing was not very sophisticated at this point.
Sales Era
As competition amongst businesses increased, the sales era began. Companies now must work to sell their products to consumers. People searched for the best deals on similar items and they were able to purchase items that were not necessities. Businesses realized that they must cater to consumers more, which lead to rapidly developing marketing techniques.
Marketing Department Era
After World War II, businesses realized that consumers were not responding well to the former methods of convincing them to purchase certain goods. Customers began to have more power and influence on companies as they gained more disposable income to spend on goods. Though marketing had always been present in some form, it was at this era that businesses recognized its importance and began creating entire departments dedicated to marketing products.
Marketing Company Era
As more and more people realized the absolute necessity of marketing, entire companies emerged, focused solely on the consumer and catering to their needs. Everyone began focusing on the customer and how to appeal to them; every person in the company participated in marketing in some way. This era was initially identified as the last marketing era, but with the rise of the internet and technology, that has changed.
Relationship Marketing Era
As marketing developed even further, companies began focusing on developing quality relationships with the consumer. Customer service became a focus, as well as learning what marketing and advertising methods best appeal to consumers. Businesses now wanted to build up customer loyalty and prove they were better than their competition.
Social/Mobile Marketing Era
Now, we focus even more on social interactions and using mobile connections. Marketers understand the importance of connecting with consumers in real-time and responding as quickly as possible to customer interactions. Even more so, the customer is the focus and businesses know it’s important to develop trust and a strong relationship with the consumer. There is constant communication between business and consumers, relevant information being consistently shared, and marketing evolves further every day.
Posted by Life of Lisa at 3:45 PM